Are We a Disposable Society? Do We Replace HR Technology Too Quickly? 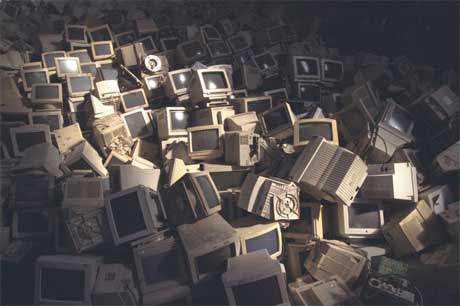 This weekend my friend, an HR Department Head, asked me if he was being too hasty in replacing his legacy HCM system.  After all, his entire department had invested so much time and money into it: learning the nuances, customizations, interfaces…  So I asked him what was wrong with the current system.  His response was that it does not do everything they want and it is too costly to maintain (expensive upgrades and annual fees).  He predicted that the new software’s payback period was less than 3 years.

Last week our dryer broke down after just two years.  The previous dryer lasted 13+ years (it was there when we bought the house).  I called the repairman and learned that the circuit board was damaged from dampness – strange how one might put damp clothes in a dryer – a new circuit board cost $600, and there was no guarantee that it would fix the issue.  A brand new, top of the line dryer is $900.  So we threw out the old one and we bought a new one.

A few months ago the tension on our elliptical trainer broke.  The repair service wanted $200 just to diagnose the issue.  A brand new one with better features at Costco was $500 (crazy because the original one was $1500).  So we threw it out and got a new one.

Let’s put aside the obvious worries of landfills and what happens if everyone throws out this much stuff every month — for another post.  This got me thinking – Have we become a society that can no longer fix its appliances so we simply replace them every few years?  Are we doing the same thing with technology?  Has the ever increasing CPU speed morphed us into a society that has to replace everything every few years – first PC’s, then phones, then tablets, then…?  When PC’s first came out in the 80’s we replaced them every 5 years; now it seems that we replace PC’s every 2 years.  Most of my staff replaces their smartphone every year.  I am mocked for still having an iPhone 4.  Hey, can I replace my kids? They are not as cute as they were last year… just kidding.  Should my friend stick with his current HR system and add customizations to support the new features his department requires?

After I slept on it I realized NO… we are a capitalist society, always have been and always will be.  If something is better and the cost (including future estimated cost) is lower we will buy it.  The dryer and elliptical trainer’s future estimated costs necessitated replacement.  So, my friend, your 3-year payback combined with the new capabilities more than justifies the replacement of your HR system.  Just make sure your staff agrees and that new software truly has the features they say it has.

← Getting Contextual: Beyond Employee Engagement in HR Technology The Affordable Care Act and Your Employees – Communication is Critical →
Click here to cancel reply.