As the world tries to become more and more politically correct (PC culture), it is time to ponder the evolution of some key changes in terminologies in the English lexicon. During World War I, soldiers who experienced the stress of combat were “shell shocked”.  By WWII the expression had evolved into “battle fatigue”. In recent years the preferred designation became “Post-traumatic Stress Syndrome”, and has settled currently on “Post-traumatic Stress Disorder”, or simply PTSD. After all, a disorder sounds less grim than a syndrome, right, even though they are essentially interchangeable? But nuance matters in language.

However, these changes reflected more about what was actually happening to soldiers and less about political correc 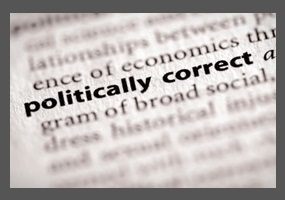 tness. After all, who wouldn’t be shocked by bombs going off all around us? Thankfully this is one experience most of us will never have. But to honor the bravery of men and women in battle, “battle fatigue” better reflected what was actually happening physically. They faced danger up until the point of ultimate fatigue.

By the Vietnam War, psychologists further understood that stress was a more fitting diagnosis, referred to now as a post-traumatic syndrome or disorder.

Similar changes in terminology have occurred with the physically challenged. Once accepted as “crippled”, a degrading and often wildly incorrect term, the more descriptive “handicapped” gained wider acceptance, leading up to “disabled”. But today, with the realization that so many people with physical impairments are overcoming their challenges, isn’t “physically challenged” the most descriptive term regardless of political correctness?

That leads me to Personnel, or do I mean HR?  In years past, employees were managed by the Personnel Department. Businesses had many different assets: people, machines, offices, inventory, etc. Different departments managed these different assets. Then came the realization that employees were really the most critical of an organization’s assets. They were, in fact, the company’s most important and valuable resource. Hence “Human Resources” came into vogue.

But why stop there. “Resource” implies a thing the company can use and exploit – a subtle nuance. So how about “Capital”?  More than an object, employees are preferably viewed today as having direct financial (tangible) value to the corporation. Therefore the Personnel Department has recently evolved into Human Capital Management, or HCM in many firms. From personnel to resource to capital, companies are rethinking not only how they interact with the workforce, but also how to classify them professionally.

For a similar reason many companies refer to their employees as associates or team members.

Are these changes in terminology really related to attempting political correctness, or rather an evolutionary process that is meant to clarify the description of the subject at hand (i.e., the employee’s status or the soldier’s ailment)? Maybe a little of both, but words do matter.

If you ever listen to traffic reports on the radio, you will often hear about automobile accidents and/or “crashes”. Though they are one and the same (from the reporter’s standpoint), the listeners reaction to each term may be entirely different. A crash is far more visual than an accident.

In politics, what is the difference between supporting and endorsing a particular candidate? Not much, but from the politician’s point of view, maybe just enough to satisfy the bulk of their constituent base. You might say that an endorsement implies active support, whereas support in itself connotes a tepid backing. With well-chosen words, politicians can have their cake and eat it too.

In the business world, do you have clients or customers? Again, each suggests a different relationship. Customers spend money with your company, while clients build a longer term and deeper bond beyond mere transactions. I am not talking about completely interchangeable words such as automobile and car, but rather refined word choices.

Words do matter. If one is striving for pure political correctness, then there is the danger of expressing misinformation or misrepresentation.  A lot is written today about the PC culture invading our society. However, what may on the surface appear to be political correctness may just be more appropriate and descriptive language, from an evolution of thinking. It is important to recognize the difference. PC for PC’s sake should be discouraged, but choosing the right words and phrases to make your point is a good thing.