Is Work-Life Balance a Myth? 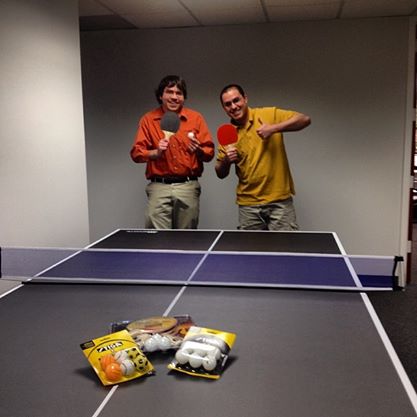 Is work-life balance a myth? No, it just has different meaning and implications for different cultures. In the United States there is a trend towards encouraging employees to find a healthy medium between work hours and personal time. There is a widely held belief here that a happy employee is a productive employee. In some industries, employees are required to take all of their allotted paid time off. Others sometimes discourage long vacations greater than one week at a time. But today we are recognized as the most productive nation on Earth, though that belief is rapidly changing.

What about other countries and cultures? Certainly workers in China, South Korea, Japan and India, as well as other countries, are considered very productive. However, in those cultures generally work comes first, and sometimes to the exclusion of family and personal life. Disconcerting stories such as those coming from the Chinese factory Foxconn, are all too common. At Foxconn, employees often work seven days a week, eat in common cafeterias, and live in crowded dorms, though they rarely complain. On the contrary, many employees there are proud to work hard and strive for a solid middle class existence, which otherwise might be unattainable.

In these cultures, children are taught from an early age that hard work and personal achievement is the root of success and happiness. Anything less is considered shaming to the family. In school, “A” is the new “B”. Nothing less than “A+” is acceptable. Just look at the winners in the annual Intel Science and Siemens Competitions. They are consistently represented by a disproportionately large number of foreign born or first generation American students, often from Asian and Indian countries. It is truly hard to argue with success.

Remember the story of the “Tiger Lady” that said her daughter could play any musical instrument she desired, as long as it was piano or violin. Why? Because piano and violin are considered solo instruments, and soloists play the most challenging music. Sorry Yo Yo Ma, you are certainly the greatest on cello!

Now for Europe. Hours long lunch breaks, tea time, afternoon siestas, month-long vacations. Even without delving into arguments against Socialism and whether or not it breeds a culture of dependence and entitlement (and eventual lack of incentive to work hard), The US is far more productive than the EU. The exception is Germany. Think about the long history of Europe. A recent CNN Money analysis forecasts that by 2018, other than Germany, EU countries will only hold the 7th, 8th, and 10th largest economies on the planet. Those countries are France (7th), UK (8th), and Italy (10th). Where is Spain? Greece? Frankly Brazil (5th) beats them all. China = #2; Japan = #3. Two guesses who #1 is. These figures are based on forecasted GDP. Did you know that Japan is roughly half the size of Texas? So it’s not all about geography.

How about the happy factor? According to a recent Forbes survey, the top 5 “happiest” countries (from top down) are Norway, Switzerland, Canada, Sweden, and New Zealand. Notice that none of the top 5 (actually none of the top 10) have a large GDP. China and Japan don’t even break the top 20. By the way, the US is ranked #11. So it’s fair to say we do a pretty good job of balancing work and life. Perhaps success in work-life is not defined by money (we will save that for a future topic).

When comparing a country’s economic output to their general feeling of well being, the U.S. has the rest of the world beat. We proudly hold the #1 GDP balanced with the 11th ranked “happiness” factor. No other country comes close. This does not mean we cannot learn from our global competition. On the contrary, there is much to learn from the growing successes in China, India, and elsewhere. In many regards they are eating our lunch. Happy, hardworking, and productive Americans prevail.